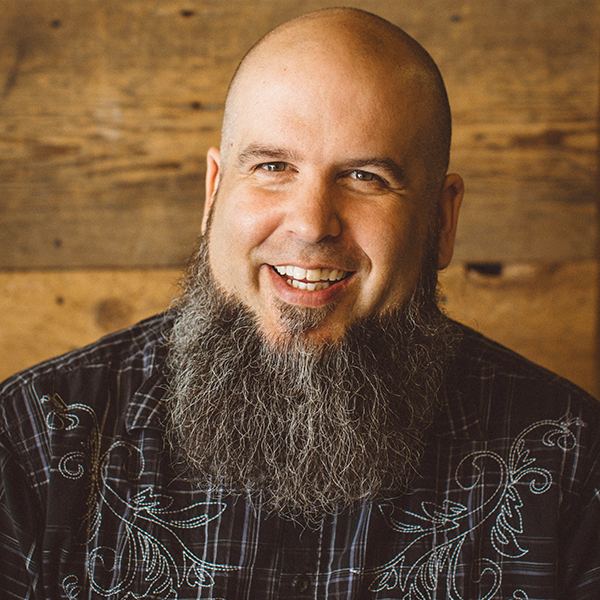 Bunjee Garrett is a husband, Pastor,  artist and an overall fun guy.

Bunjee & Brenda met in 1996, while the were both out engaging in street evangelism on “the drag.” They were married in the summer of ’97, and they have been serving the Lord, side by side, ever since. After planting the church in 2005, they started the Happily Ever After Marriage Conference in order to help other couples strengthen their marriage.

As the Pastor of Calvary South Austin, Bunjee has a passion for expounding the deep theology of the Bible in the simplest of terms. In his teachings, you’ll find real-world application while understanding what the bible says in context. Being a Pastor is more than teaching, though, and Bunjee makes himself available to his church congregation for Pastoral counseling.

Before coming to the Lord, Bunjee worked in the Austin music scene and as an artist for various local magazines. When he became a believer in 1999, he continued to use his God given talents to serve the Lord. As a musician, he’s played with several outreach and worship bands. As an artist, from time to time, he designs gospel tracts, t-shirts, and various flyers. Over the years he’s produced several short films, teaching videos, & documentaries.

When he’s not studying, counseling or evangelizing, Bunjee is probably mountain biking in and around Austin’s many trails or on the lake kayaking. When he’s done exercising you can bet he’s grabbing a bite to eat in one of Austin’s many eateries.

To Connect with Pastor Bunjee…